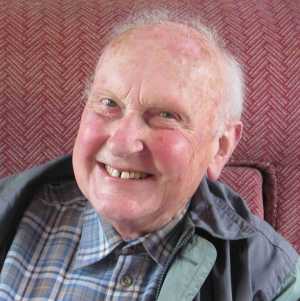 It is with great sadness that we have to report the death of Malcolm Powell on December 10th 2014, at the age of 83.

Malcolm was an enthusiastic supporter of the LLMMG when it was set up, following the cessation of the Robert Farnon Society’s meetings in 2013. He had been a very early member of the RFS, joining soon after it was established in 1956, (originally as the Robert Farnon Appreciation Society), and served continuously on the main organising committee from the time of the latter’s inception.

A Professional Photographer by trade, Malcolm took hundreds, indeed probably thousands, of pictures at RFS meetings over the years and these regularly appeared in Journal Into Melody. He was able to be present at the inaugural meeting of our new Group in May 2014 and once again captured the event ‘on camera’ for posterity.

He was a lifelong collector of recorded music, and was very knowledgeable on the subjects of light music, dance bands etc. His huge library of 78s, LPs and CDs numbered somewhere between forty and seventy thousand items, and he was a major contributor of material to the GUILD Golden Age Of Light Music series of CDs, alongside David Ades and Alan Bunting.

Although Malcolm had suffered from a long-standing severe heart condition, he continued to host a regular music programme on Meridian Radio, the local community station broadcasting in his home town of East Grinstead, Sussex. He was one of the founders of Radio Queen Vic at the famous Royal Victoria Hospital in that town, and for many years presented programmes on the station.

Malcolm was a real gentleman, always willing to assist with arrangements at the meetings, or in any other way he could in connection with the running of the RFS. He will be sorely missed.

We extend our sincere condolences to his wife Doreen and her family.