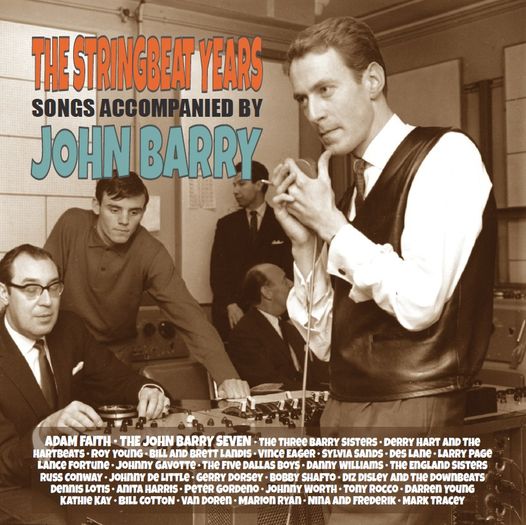 Coming soon from Windmill Records, The Stringbeat Years: Songs accompanied by John Barry, a 4-CD box-set comprising of 144 tracks, a 24-page booklet (replete with period photographs and comprehensive notes) and including ten bonus tracks (among them the CD debut of the first ever cover version of a John Barry instrumental composition).

Adam Faith fans will experience every song he recorded with John Barry, thereby featuring – for the first time – the film versions of ‘Mix me a Person’, ‘The Time has Come’, and ‘What a Whopper’ (slightly shortened). There’s also an unique opportunity to hear the original version of ‘Ah, Poor Little Baby’, making its premiere appearance on CD.

The box-set is limited to 500 copies and is only £16.99 post-free in the UK (postage costs for elsewhere in the world to be determined when stock arrives), so don’t miss out! It will only be available direct from Windmill!

Please indicate your interest without commitment by emailing us and you’ll be contacted as soon as it becomes available.