By  Anthony Wills
in News
(0 votes) 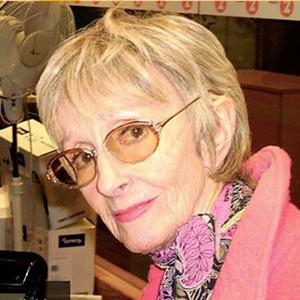 The talented pianist, singer, arranger and composer Barbara Moore has died after a long illness, aged 89. Born in Yorkshire, Barbara was the daughter of saxophonist and arranger Arthur Birkby. She was an early member of The Ladybirds backing group.

As well as composing music for commercials and the De Wolfe Music Library, she wrote the new, up-dated arrangement for Brian Fahey's celebrated signature tune At The Sign Of The Swinging Cymbal, still used on BBC Radio 2's Pick Of The Pops. She later worked with Jimi Hendrix, Dusty Springfield, Elton John, Tom Jones and Dudley Moore, with whom she became a close friend.

At one time Barbara was married to arranger Pete Moore (1924-2013), former Head of Orchestrations at Radio 2; their daughter Lindsay sadly died in her 40s.

In her later years Barbara moved to the coastal town of Bognor Regis, where she became a well-known personality, performing locally and lecturing at the University of Chichester.