This release is an addendum to Beckenham-born conductor and violinist Andrew Manze’s critically acclaimed recordings of Ralph Vaughan Williams’ (1872-1958) nine symphonies. These would probably be a bit heavy for a lot of light music enthusiasts but the orchestral works on this album are more approachable and among the most popular ‘The Grand Old Man of English Music’ wrote.

27 years ago, the Naxos label released an album called ‘Beatles Go Baroque’, which is still listed in the catalogue (8.55510) having achieved multi-platinum award status. What we have now in their Light Music series is the sequel, going one better than the original by keeping the 18th-century masterpieces largely intact, stylishly merging them with the Beatles’ enduring melodies.

Composer (of I Should Care and Day by Day), vocalist, arranger and conductor, Axel Stordahl’s main claim to fame was as musical director and advisor to Frank Sinatra during the first decade of the singer’s career. Axel is the Danish form of Absalom but even after all this time some disc jockeys still call him “Alex”. He is largely credited with bringing pop arranging into the modern era. More specifically he was a pioneer of symphonic-style backings in a popular context. Kostelanetz was the orchestra-only equivalent. Make no mistake though, Stordahl was just as capable of conventional big band arranging.

Composer (of I Should Care and Day by Day), vocalist, arranger and conductor, Axel Stordahl’s main claim to fame was as musical director and advisor to Frank Sinatra during the first decade of the singer’s career. Axel is the Danish form of Absalom but even after all this time some disc jockeys still call him “Alex”. He is largely credited with bringing pop arranging into the modern era. More specifically he was a pioneer of symphonic-style backings in a popular context. Kostelanetz was the orchestra-only equivalent. Make no mistake though, Stordahl was just as capable of conventional big band arranging.

A native New Yorker from Staten Island, he was born Odd Stordahl in 1913 to parents of Norwegian descent. Stordahl worked his way up as sideman/arranger for Bert Block and Tommy Dorsey (playing fourth trumpet and singing in a vocal trio). His gorgeous arrangements for Dorsey blossomed into perfect accompaniments for Sinatra at the studios of Columbia Records. One of the best examples of a Stordahl orchestration was Everybody Loves Somebody. (I recall wondering why that excellent 1948 song wasn’t already a hit, but 16 years later Dean Martin got around to it). Axel was conductor/arranger on nearly all Frank Sinatra records from 1943-1953. Oddly, Stordahl didn’t get a single mention in Marmorstein’s “The Story of Columbia Records!”. A pallid complexion, softly spoken and a sensitive musician, Stordahl suffered from a rheumatic heart. His interest in serious music, particularly Frederick Delius, influenced his ballad charts.

Sinatra and Stordahl eventually parted company, the crooner going to Capitol. However Stordahl conducted Sinatra for his first date at the new label and recorded several light orchestral 78rpm discs also at Capitol. (By the way Capitol is strictly pronounced Capi-TOL as it’s spelt, not Capi-TAL). When I was a radio announcer, the powers that be insisted on it. It’s important to remember there would be no Riddle without Stordahl, who paved the way for Nelson to be his natural successor. And talking of the composer of High Strung, it might be worth mentioning that an earlier Dufault (François) born in France in 1600 was considered one of the greatest lutenists of his time.

In the 21st century, the title High Strung (grammatically speaking it should be “highly-strung”) became even more appropriate in terms of the state of anxiety that affects so many people today. Once again the David Rose sound is in the frame with a labour intensive exercise from the very start. Instead of pizzicato (as in Holiday for Strings) it’s just regular arco, quickly changing to the woodwind and before we know it, we’re back to the strings.

Then taking another leaf, this time out of the Rose middle section formula, Stordahl heads for the heights with a horn and a strong string tremor. Soon we’re back at the start for a brief repeat of that exercise. Then unlike Holiday for Strings the main melody slows right down, beginning with a suggestion of the opening of TwelfthStreet Rag and the Du Und Du waltz. A piano joins the strings for some romantic meanderings in the manner of Leonard Pennario’s Midnight ontheCliffs.

Then seven assertive string chords re-introduce the by now familiar melody in its original fast state but this time we go quickly into another glorious Rose-like quake (with a hint of Robert Farnon’s Portrait of a Flirt). And finishing on a nervous note, High Strung is brought to a conclusion by the timpani.

In the second half of the 1940s the light orchestral world was turned on its head when the musical baton was handed on from Rose to Farnon, who gave the style a fix that changed light music forever. (Just shows you that even Stordahl was well acquainted with the Farnon style). Who wasn’t!

14 tracks including Funicula, Funiculi; Shenandoah; Lucky, Lucky, Lucky Me; Night and Day; Make Me a Channel of Your Peace; The Loveliest Night of the Year; and The Lord Bless You and Keep You

This is the follow-up to the couple’s first album, ‘In Harmony’, which was last year’s biggest seller by homegrown artists in the Classic FM chart. There is no reason why this should not be equally successful. Aled believes that it is even better than the first!

If you are a lover of light music but have never seriously considered listening to ballet music, then this is the disc for you. At a super-budget price, it is chockfull of good tunes. Those of us who are familiar with this genre of music may also find something here that is not already in our CD collections. For me such a piece, with its whooping French horns, is Les Chasseresses (The Huntresses) from the ballet ‘Sylvia’ by the French composer Delibes, that had recently caught my ear on Classic FM.

This is a release from the end of last year, which somehow eluded me but is well worth recommending. I cannot do better than quote from the back of the wrapround case that it is “In the grand tradition of the best film music: three great violin concertos – demandingly virtuosic, ravishingly orchestrated, imaginative and immediately accessible and rising above the sterile debate about ‘light’ and ‘serious’ music.”

Ludwig van Beethoven (1770-1827) wrote five piano concertos and they are among my all-time favourites. Here we have an eminently enjoyable release of the first two played by the much-lauded Russian born (1984) Israeli soloist, ably supported by one of this country’s finest orchestras under its Russian chief conductor. 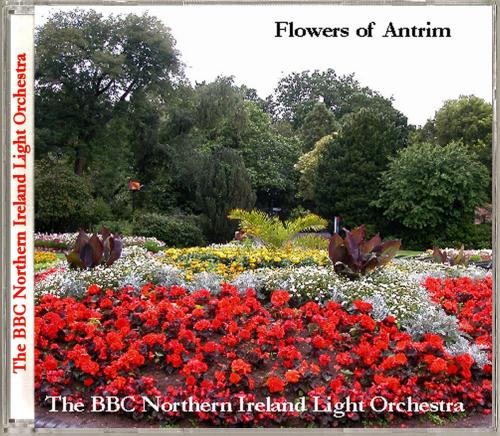