Tony Clayden welcomed us once again to the Lancaster Hall Hotel and opened the programme with Robert Farnon's Country Boy featuring vocalist Sheila Southern, with Bob conducting the Royal Philharmonic Orchestra. This was particularly appropriate, as Sheila was with us in the audience.

With no intoduction the opening immediately calls to mind two great light orchestral classics - Clive Richardson’s Outward Bound and Benjamin Frankel’s Carriage and Pair. But this is Flowing Stream of 1958 played by the New Century Orchestra conducted by Erich Borschel. It was used in the same year as the theme for a British Southern Television series called “Mary Britten, MD”, starring Brenda Bruce. The juxtaposition of the two tunes works remarkably well in quite a different arrangement from the originals. Flowing Stream has a lighter textured treatment with a lovely feeling of peace and calm in a troubled world guaranteed to make you smile. Pure nostalgia you might say from a vanished era. Each time the strings go into a holding pattern, flutes ripple their way over the chord.

After 16 bars we go into 8 bars of a contrasting tune perhaps suggesting a change of scenery but with more tension. Listen to a descending string bass before the main theme repeats and completes a 32 bar chorus with a definite finish. In fact it’s a double closure of the first section.

And now the bridge. Modulating to a new key, a pleasant melody played by a horn provides clear echoes of the theme with a slightly bluesy effect but quickly returns to the delightful main strain. And then the tune (more laid back) is repeated yet again in two keys before going into that earlier 8 bar passage. Finally after a gentle restart the haunting Flowing Stream gradually builds up to a truly triumphant ending. By now it has become a fast moving river! 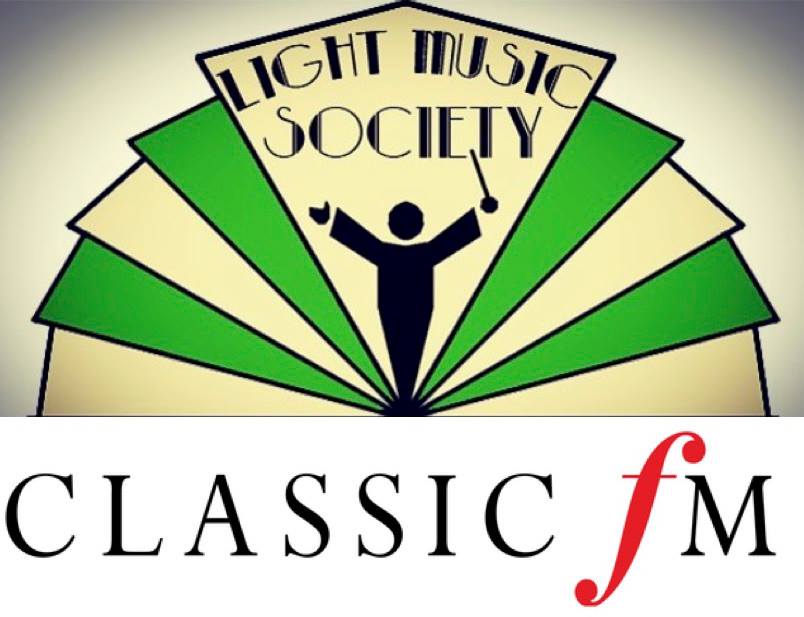 On Monday November 6th, the  broadcaster and vice-president of Putney Music – David Mellor – will deliver a talk entitled:

He will explain why the music of Eric Coates, Leroy Anderson and many others merits an audience today.

Admission is free to members of Putney Music, guests will be charged £8.00 on the night.

For those who love band music of the military variety this is a fine buy, as there are two albums – each of around 60 minutes duration – for about the price of one.

In the early 1950s when most people were requesting the top pop hits of the day, I was unashamedly asking for light orchestral numbers on the “Listeners’ Request Session” at our local radio station, 1ZB Auckland. I always signed my name “Blue Eyes of Remuera”. Anyhow, the very first record I requested was Going for a Ride by the Queen’s Hall Light Orchestra.

In the early 1950s when most people were requesting the top pop hits of the day, I was unashamedly asking for light orchestral numbers on the “Listeners’ Request Session” at our local radio station, 1ZB Auckland. I always signed my name “Blue Eyes of Remuera”. Anyhow, the very first record I requested was Going for a Ride by the Queen’s Hall Light Orchestra. Incidentally Torch’s Radio Romantic was the programme’s signature tune.

I’m amazed I hadn’t already analysed Going for a Ride in one of my JIM articles, but it’s never too late I guess. This Sidney Torch classic happens to be the second item on David Ades’ introductory compilation of “Golden Age of Light Music” on Guild (GLCD 5101).

Going for a Ride starts straight in with nine identical bright staccato notes played by a mellow flute with the orchestra. Keeping up the interest and making sure the listener is concentrating, this catchy tune repeats itself in a higher key. Now comes what we’ve all been waiting for, the first of those thrilling Torch fillers. It’s almost as if the main tune is purely a prop inspiring a whole chorus of connecting passages - like a delayed introduction. It’s those crisp incidental interludes that are the lifeblood of these light orchestra gems. The reason we know them so well is that they were heard constantly as production music on newsreels, radio and television. To us light music enthusiasts, they were the soundtrack to our lives.

Analysing the aforementioned, the strings keep us on tenterhooks with some dramatic bow gestures. Woodwinds offer up some wonderfully rapid phrases answered by the strings and then we’re in true Torch territory with the brass blazing away in preparation for an imminent return of the opening tune.

Now it’s bridge time with first off, the Torch brass and strings enlivening things up, before an oboe’s plaintive tone adds its colour to the mix. Gradually the orchestra builds while Torch in his element is doing what he does best, exciting us with more of those imaginative ideas in his orchestrations. Never had light orchestral music been proclaimed so powerfully within a composition. Though the actual melodies might have acted as props they were extremely tuneful and appealing.

There’s no doubt the two top light orchestral talents in the 1940s and 50s in Britain were Sidney Torch and Robert Farnon. They were both original and prolific and towered above the rest. It’s a pity Torch didn’t arrange more music for the “Great American Songbook”.

The Story of The Light

Written by Terry Guntrip
Be the first to comment!

A series of two programmes entitled 'The Story of The Light' are to be aired on Mondays 18th and 25th September at 10pm on BBC Radio 2 commemorating the 50th anniversary of the end of 'The BBC Light Programme'. Former JIM correspondent Brian Reynolds will be participating in the second of these programmes talking about 'Music While You Work' and light music programmes in general with comparisons to today's radio.

BBC link to info about the programme:

One of the most romantic scenes in cinematic history has just got to be the moment William Holden sensuously dances with Kim Novak in the 1955 film “Picnic’. From a laid-back piano/guitar quartet playing Will Hudson’s 1934 standard Moonglow, emerges George Duning’s glorious melody of the theme song from “Picnic”. This is one of the most effective musical juxtapositions of all time. The haunting orchestration was by Arthur Morton.

The Bad and the Beautiful

The Bad and the Beautiful